I have a confession to make. Until recently I didn’t know much about this tiny country the size of Maryland. I have only 3 friends from Armenia. I did go to an Armenian restaurant once while I was in Russia and have visited the Armenian quarters in Jerusalem. That is pretty much all my exposure to Armenian food and culture, until now. 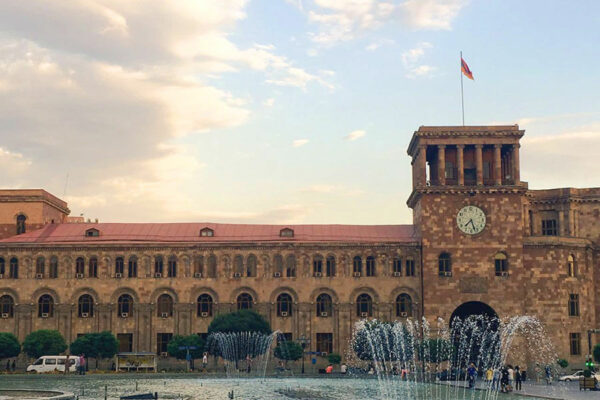 I have a confession to make. Until recently I didn’t know much about this tiny country the size of Maryland. I have only 3 friends from Armenia. I did go to an Armenian restaurant once while I was in Russia and have visited the Armenian quarters in Jerusalem. That is pretty much all my exposure to Armenian food and culture, until now.

Fortunately, I was invited by TATON and USAID on a media trip to Armenia, for 10 days. Here are some of the things I learned…

Armenia is located in the South Caucasus region of Eurasia. It was not always landlocked. The current day landmass is actually 1/10 of what it use to be at it’s peak.

The history of Armenia dates back to early civilization. One of the caves we visited had the world’s earliest known leather shoe, skit, and wine-producing facility dating back to 4000 BC. Noah’s Ark is said to have landed on the peak of Mount Ararat (then Armenia, now Turkey) during the biblical flood.

Armenia was the first country to adopt Christianity as a nation in 301 AD, though Christianity was practiced before that. There are over 3,000 churches and monasteries in the country, making it the highest per capita Christian monuments in a small area of land. Incidentally, many modern Armenians are not religious. 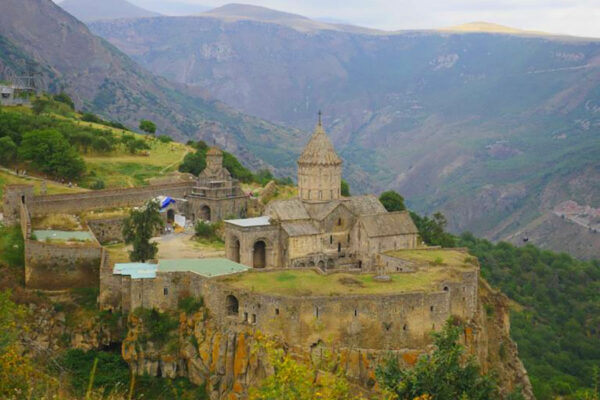 For a country its size, Armenia has the most varied landscapes. You can find snow year round on top of its highest peaks, mountainous terrains, colorful valleys, deep gorges, and one of the largest alpine lakes in the world. While Yerevan is a bustling modern city, scantly populated villages across the country are mostly rural.

Armenia is bordered on the north and east by Georgia and Azerbaijan and on the south and west by Iran and Turkey. Though its political relations with its neighbors have not been so good in the past, it is still a peaceful and safe place to travel. 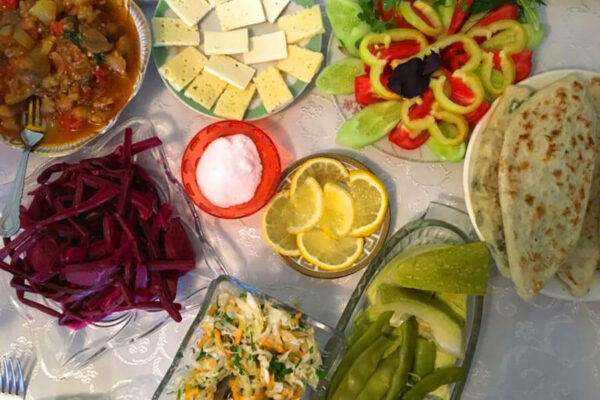 The food scene in Armenia is amazing! The cuisine has influences of it’s neighboring cultures and different parts of Armenia have regionalized dishes. Every meal is a festive occasion where families and friends come together over piles of plates of fresh salads, cheese, bread, meat and fruit. My mouth salivated as I saw picture perfect fruits and nuts at the farmers market in Yerevan. They taste as good as they look! 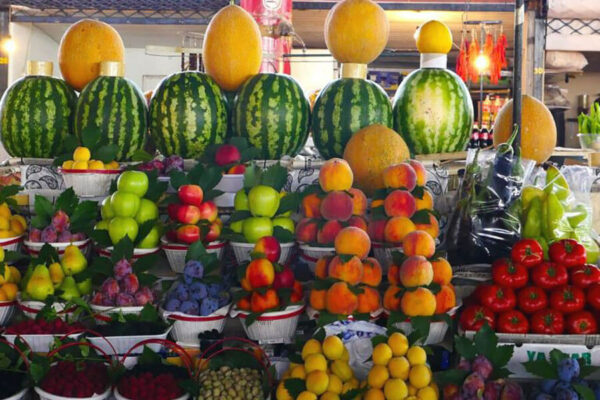 The wines are great too. It seems everyone in Armenia makes their wine and harvests their own honey. The wine making tradition has been going on for 6k years and no special records have been kept of it. You can buy 1 liter of homemade wine for 1000 Drams (less than $2). There are also excellent wineries around the country that are gaining popularity in the international scene. 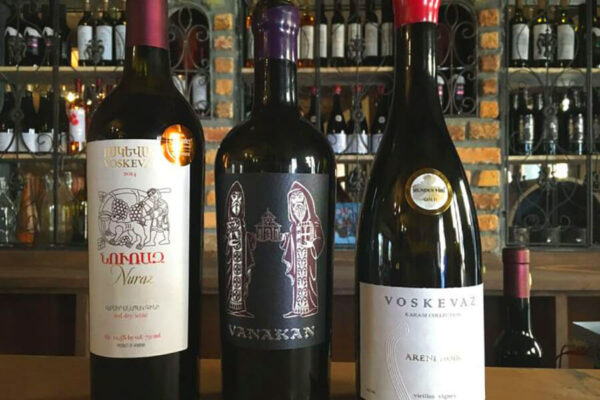 The people in Armenia are extremely friendly. If you meet someone for the first time, they will invite you to dine with them and give you small presents. This happened to me at multiple occassions. My American friends who live there safely hitchhike around the country as a mode of transport. There is practically no crime, though gender divides give rise to domestic violence. 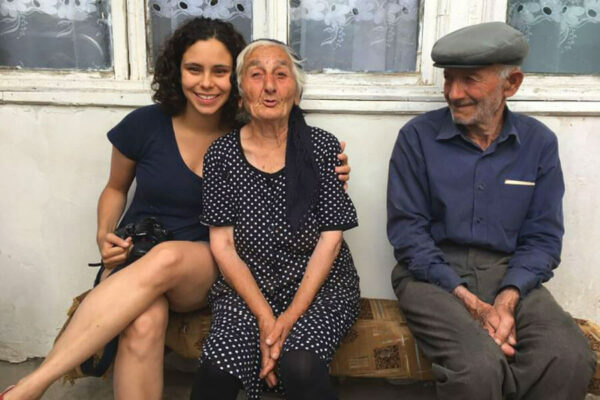 Armenia as a travel destination is affordable and not overcrowded with tourists. Hostels in Yerevan can be found for as little as $10/ night, and even the most expensive hotels are $100+. High end restaurants cost $10-30 per meal, while delicious local fast food like shawarma goes for $2-4. Bus and subways can easily be accessed for $0.20/ ride while taxis are also very cheap. I never paid more than $5 for a ride inside the city.

I also learned more details about the Armenian genocide, beyond what is talked about in the West. While I had some prior knowledge about the historical events, I came to learn that the impact of these events is still felt today. Many Armenian families mourn their lost family members and are not able to overcome their grief, leading to deep depression that ultimately interferes in daily work and life. One of the locals told me that if the world comes forward and acknowledges that what happened in Armenia in the 19-20th centuries was genocide; they might be able to get some closure.