A months-long peaceful protest movement in Armenia has brought new hope and booming business to its capital, Yerevan. 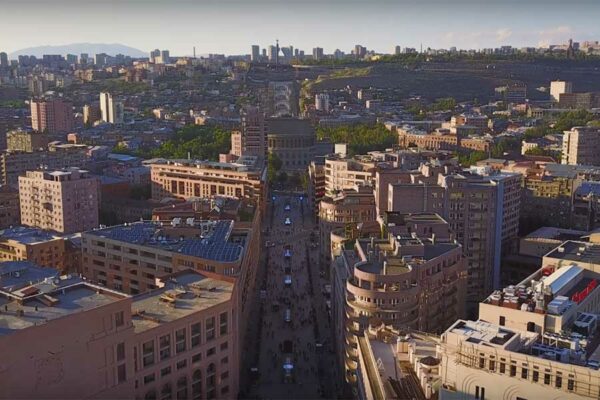 A months-long peaceful protest movement in Armenia has brought new hope and booming business to its capital, Yerevan.

Though a small country of just three million people, Armenia made global waves last spring with its Velvet Revolution – a months-long peaceful protest movement that eventually resulted in the resignation of the long-standing prime minister Serzh Sargsyan and election of Nikol Pashinyan, a former journalist who led the protests with his passionate speeches and civil disobedience campaign.

The peaceful transition of power has already begun to transform the nation’s capital, Yerevan, as residents have started new businesses, former residents are returning and travellers have begun visiting in higher numbers.

“It has given Yerevan a new optimism like never before,” said Aram Vardanyan, a Yerevan native who is starting tourism business Absolute Armenia. “Armenia is often overlooked but I think it is now the country’s time to shine. Other entrepreneurs are starting to see this time of optimism and change as the perfect time for innovation. The energy in Yerevan is really palpable.” 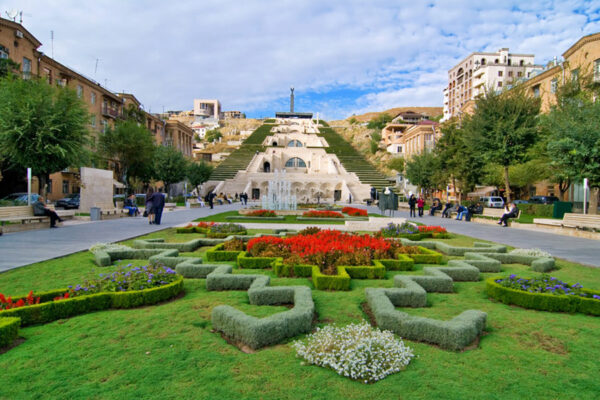 As the city embarks on its 2,800th year – making it older than Rome – residents are eager to reflect on the city’s rapid changes and promising future.

Why do people love it?

People here tend to be extremely social and tight-knit, while still always being welcoming to new faces. “Armenians love to have coffee and chat. You will see familiar faces every day, greet each other and stop for small-talk on the way to work,” said Ani Andree who moved from Berlin a year ago and is starting a business in rural tourism. “People take their time to talk with people, whether it’s the taxi driver, the neighbour, the co-worker.”

Relationships with people here are durable

And these same people watch out for each other, leading to a feeling of security even among expats. “I know that people would notice immediately if I don’t show up as usual. They would ask, they would call or text,” Andree said. “Relationships with people here are durable. Even if you cross paths months later, the person would still stop for small talk and get sincerely excited about seeing you and be really interested in how you have been.”

Many see the culture as inclusive – here, another person joining a group or community is perceived as a positive – and the Armenian nimbleness with various languages can help amplify this feeling of belonging among newcomers. “We are good at learning languages and many tourists are surprised when they can easily communicate with people in Yerevan on the streets,” Vardanyan said. Typical languages spoken include English, Russian, French, Spanish and even Persian, said Sirarpi Sahakyan, an Armenian native who lives in Yerevan and works at digital marketing company Incredo. 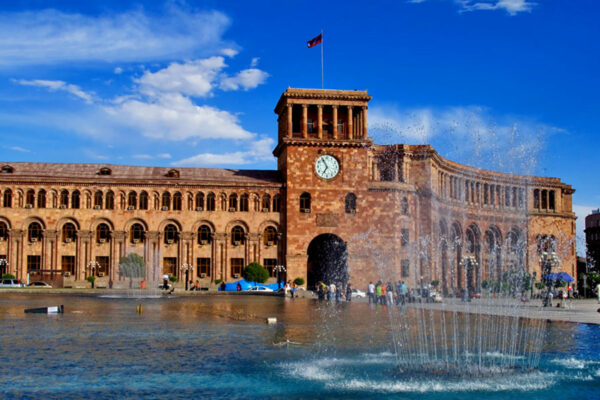 The rich culture here is treasured and well preserved, especially when compared to other former Soviet Union countries, due in large part to its ancient history of being influenced by multiple empires, including Assyria, Macedonia, Persia and Ottoman-era Turkey. “Traditions and rituals are still part of culture here and create a nice atmosphere,” Andree said. “For example, people like to give flowers whenever there is an occasion.”

Armenia’s holidays also showcase its ancient traditions. Celebrated 98 days after Easter, Vardavar is a favourite holiday for its playful custom of sprinkling water on each other, a celebration of the transfiguration of Jesus Christ, but a tradition that stretches back to pre-Christian times. Trndez, celebrated 40 days after Christmas, typically commences with bonfires throughout the city, and is especially important to newlyweds who sometimes jump over the fire together, in what was once a long-standing symbol of fertility and purification. 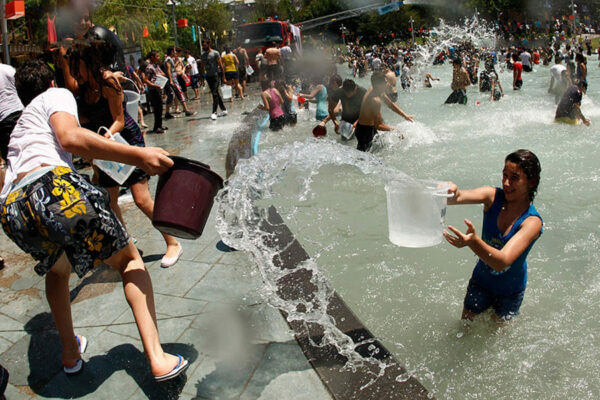 Armenia has known incredible pain and hardship, not least in the form of mass killings of Armenians by Ottoman Turks during World War One. Dozens of US states and 20-plus countries have recognised this as an act of genocide by the Ottoman Empire. Today’s Turkish state denies the description.

However, even with their centuries of difficult history and respect for tradition, many Yerevan residents remain open-minded to new ideas and ways of thinking. “One of the best things about Armenians is their willingness to learn and that knowledge is power,” Vardanyan said.

Yerevan is a small capital compared to many other European cities, which means people from all walks of life co-exist within a small space. “In 20 minutes, you can walk from one end [of the city] to the other,” Andree said. Almost all activity happens in the district Kentron, (literally ‘centre’) where people socialise at the many roadside cafes.

Thanks to its unique resources, the city is also sometimes known as ‘The Pink City’. “Most buildings are designed with tuff– a pink volcanic stone that has become symbolic of Yerevan,” said Sahakyan. “At dawn and dusk, it even gives the entire city a pink glow.” 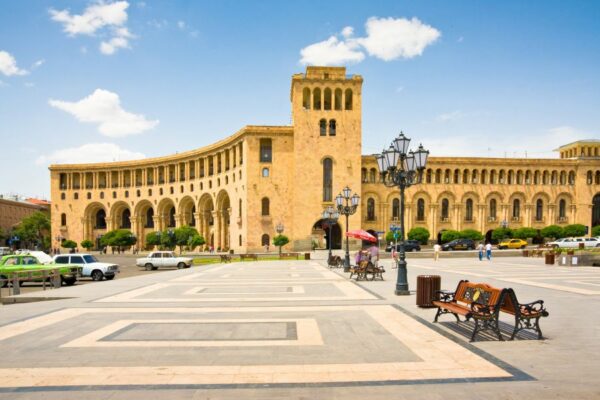 The revolution has dramatically changed the city in a short period, as Armenians who left generations ago return to call the city home again. “The Eastern and Western influences are starting to mesh together to create a very international and unique experience in Yerevan,” Vardanyan said.

Sahakyan agrees that returning citizens are transforming the city for the better. “After Syrian-Armenians came back because of the [recent] war, Yerevan got a new mentality and new cuisine, which we love. Now, especially after the revolution, everyone can open a business if they like,” she said. The embrace of the entrepreneurial spirit has been more a mental shift than a policy shift, with many residents viewing the revolution as unlocking a bright and promising economic future.

Yerevan also recently adopted ‘Smart City’ concepts, which focus on improving the technology infrastructure to better connect the city and make life more efficient. These improvements include building community communication systems for everything from announcements to voting, and the creation of collaborative spaces where new ideas can be exchanged. 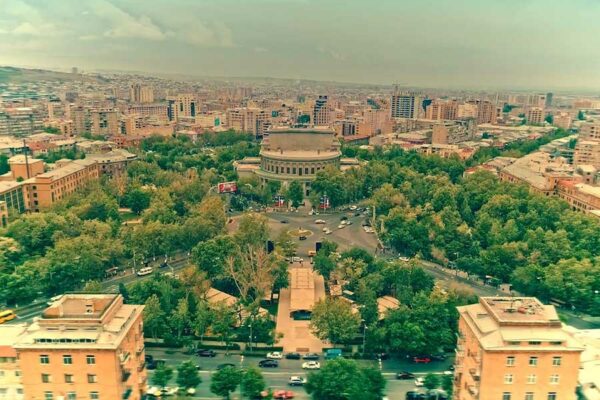 What else do I need to know?

As with any growing city, maintaining a flexible mindset makes living here go more smoothly. Traffic and limited public transportation make getting around the city challenging, even with its small size. A lack of regulation around air pollution and noise also frustrates residents like Andree. She also wishes there was more green space. “The parks in Yerevan are small,” she said. “You really don’t know where to take your dog for a walk.”

But as with everything here, changes are coming swiftly. “Since the revolution, the people are starting to have more of a say in what happens,” Vardanyan said. “I think this will help take care of the problems that people have in the city more so than before.”