“Hill of Spring” or “Revival Barrow” – this is how the name of the largest city of Israel translates from Hebrew. Founded in 1909 as a suburb of the ancient city of the port of Jaffa, it is now recognized as the cultural, industrial and financial center of Israel. In 1950, Old Jaffa was joined to Tel Aviv, one of the oldest ports in the world, founded 6500 years ago. In different historical times, the city was conquered by Alexander of Macedon, Richard the Lionheart, Turkish sultans, Napoleon.

“Hill of Spring” or “Revival Barrow” – this is how the name of the largest city of Israel translates from Hebrew. Founded in 1909 as a suburb of the ancient city of the port of Jaffa, it is now recognized as the cultural, industrial and financial center of Israel. In 1950, Old Jaffa was joined to Tel Aviv, one of the oldest ports in the world, founded 6500 years ago. In different historical times, the city was conquered by Alexander of Macedon, Richard the Lionheart, Turkish sultans, Napoleon. Jaffa is proud not only of the ship and fish ports, but also of excellent fish restaurants. Interest for tourists are the old port, the archaeological museum, the church of St.. Peter and others

Tel Aviv is the basis of Gush Dan (“big Tel Aviv”), that is, agglomeration comprising Tel Aviv and Central Districts on the Mediterranean coast. It is the largest agglomeration of Israel with a population of over 3.5 million people. The name Gush Dan is translated as “Block (Association) Dan”. This name was given to the agglomeration because during the time of the Israeli kingdom these places were the territory of the tribe of Dan. According to the Bible, the tribe tried to settle in the central part of the coast, but because of the hostility of the Emoreans, and later the Philistines, they could only gain a foothold in the hilly terrain of the Sorek Valley.

Tel Aviv stretches for 13.5 km along the Mediterranean coast, Tel Aviv is the center of the Israeli railways system. Tel Aviv is the most eclectic of the cities of Israel. Modern skyscrapers along the Ayalon expressway coexist with the one-two-storey buildings of the first half of the 20th century in Neve Tzedek, the rich areas of northern Tel Aviv – with the homely buildings of the old Tahana Merkazit (city bus station), hotels and pubs on the Mediterranean seafront with offices business and technology centers. The world famous Diamond Exchange is located in Ramat Gan, one of the cities of the large Tel Aviv.

The city has many scientific and technological centers, firms working in the field of high technologies. Among them are companies such as Google, Microsoft and Teva. The city has a Tel Aviv fair center, where major technology exhibitions are held. Tel Aviv is the birthplace of modern Hebrew and the center of modern Hebrew culture. Most theaters in Israel are based here. There are dozens of concert and theater halls, numerous museums and galleries in Tel Aviv. So, in Tel Aviv is a unique museum of the diaspora, one of the world’s best philharmonic orchestra. The city has repertory theaters (Habima, Gesher, the Chamber Theater, the Beit Lesin Theater, the Yiddish Yiddish Theater), the Israeli Opera, several ballet ensembles (Israeli Ballet, Bat Sheva, Bat Dor, etc. .). Tel Aviv is a city of mass building houses in the style of Bauhaus.

Visitors to the city always, regardless of the time of year, can enjoy a walk through the old Jaffa or Tel Aviv embankment, from visiting various museums, theaters and galleries. In Tel Aviv, there are dozens of nightclubs, cafes and restaurants, pubs and bars that are open all day, which gave another name to Tel Aviv – “the city that never sleeps.” In the summer of 2008, The New York Times proclaimed Tel Aviv “the capital of the Mediterranean cool”.

Old Jaffa (Joppa)
Jaffa is considered one of the oldest cities in the world, whose history goes back several hundred centuries, and is one of the main ports of ancient Israel. It was here that ships came with pilgrims who were heading to Jerusalem. Currently merged with Tel Aviv in a single city of Tel Aviv – Jaffa. The city belonged to the Egyptians, Philistines, Jews, Persians, Phoenicians, Romans, Greeks, Turks, and every nation left its mark on the history of the city. According to legends, in this place Noah built an ark, Andromeda was chained to the rock, the apostle Peter began his missionary work and the prophet Jonah sailed from here.
The historical part of Jaffa is turned into one big tourist center with numerous restaurants, art galleries, artists’ workshops, flea markets, salons, museums and archaeological excavations. Many tourists after the first acquaintance with Jaffa love to come back here again and again, just to walk along its streets, named after all the signs of the Zodiac, or at the Bridge of Desires to learn about their future … In Jaffa there are:

– Simon Kozhevnik House
Apostle Peter once lived in Jaffa. Here was a vision to him “a vessel coming down to him. There were all kinds of four-footed earthly ones ”, which were forbidden to Jews. “And there was a voice to him: Arise, Peter, kill and eat” (Acts 10:11 – 13). Peter interpreted the meaning of this dream as follows: “God revealed to me that I did not honor a single person as bad or unclean” (Acts 10:28). Peter understood that God called him to preach not only to Jews, but also among pagans. Then Christianity left the bosom of Judaism and became an independent religion. The house of Simon the tanner in Jaffa, in which Peter had this vision, exists in our time …

– Underground Archaeological Museum on Kdumim Square
From a historical point of view, the museum is one of a kind. Visiting the museum, you will enjoy the magnificent collection of archaeological finds, frescoes on the walls, the first “messages” carved in stone – all this plunges into the era of that, ancient times. The museum presents the ancient tools, jewelry, household items of the era of Ramses II (XV century BC), which were discovered here during excavations.

– Salon of sculptures by Frank Meisler
Frank Meisler (Frank Meisler) – the world famous Israeli sculptor. His most unlikely sculptures are exhibited by the most prestigious galleries in the world and collect movie stars, politicians and members of royal families. His monumental works are in Europe, America and Asia, in small cities and metropolitan areas. The main material of his works is a special alloy of bronze, silver and gold. Mysler is equally famous for his two personalities: universal art and religious art. He is a brilliant Judaica designer. One of the sculptor’s galleries is in Jaffa. There you can not only get acquainted with his works, but also buy the product you like.

– Museum of Ilana Gur
The Ilana Gur Museum is located in a historic house in Old Jaffa. Ilana Gur is one of the cohort of the most creative and famous artists in Israel. In 1995, she turned her private house, acquired in the seventies in old Jaffa, into an unusual museum that was included in the “top” of the most beautiful museums in the world. The museum building was built about 280 years ago. It was used as the first inn for Jewish pilgrims who arrived on the Holy Land. The museum exhibits a large personal collection of Ilana Gur – these are the works of both the artist herself and her friends. In addition to the work of Ilana herself, more than 650 exhibits are on display, including works by famous Israeli and foreign authors, sculpture, painting, graphics, video art, installations, furniture, objects of design and decorative and applied art, a collection of antiques, art from Africa and South America and more. Visitors to the museum can purchase original works of art by Ilan Gur, including jewelry. And this is what Ilana herself says: “This museum is both a museum and a house. And the collection, and my place, my life. This museum is myself. It’s all together. “

– Swap meet
The flea market (Shuk HaPishpishim) in Old Jaffa is a very interesting place where you can spend your time. Here, the whole collapse of old things, among which you can find the real works of art, a lot of trinkets and various ornaments. There are also many antique shops, where real treasures are hidden. From the shelves really blows the ancient East. It sells old copper and earthenware, as well as forgotten household items.

– Old Port of Jaffa
The old port in Jaffa, one of the oldest in the world, whose history goes back over three thousand years, is certainly an interesting and significant place in the ancient city of Jaffa. The port is mentioned in the Old Testament, it was here that King Tirsky of Hiram drew Lebanese cedar rafts to build the Temple of Solomon, fled from here by ship, trying to evade the command of the Lord, the prophet Jonah, Josephus in his “Judea 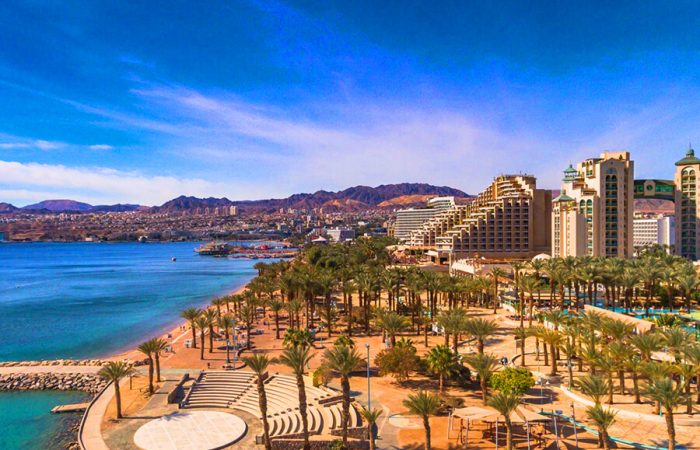 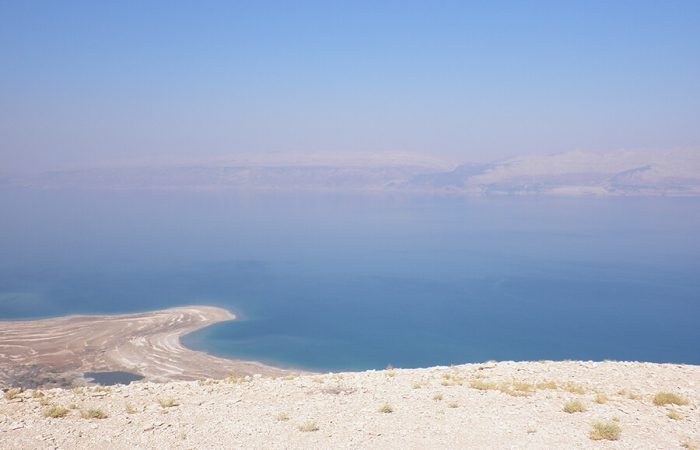 9 Days With Hotel
From$1,050
No Reviews
View Details 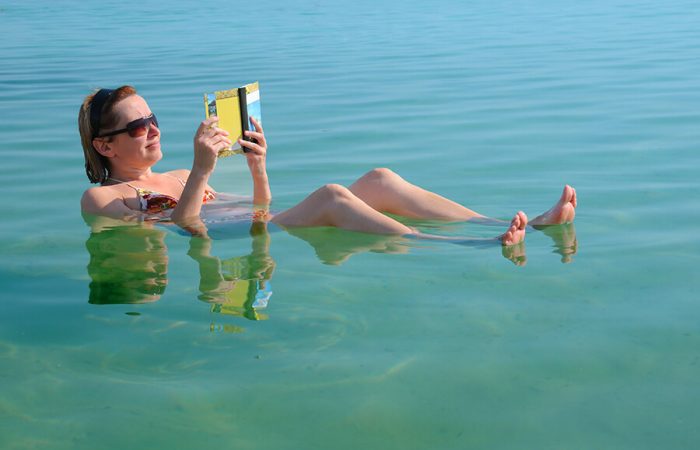 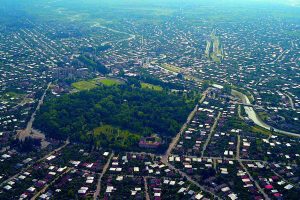