Yerevan is the capital and largest city of Armenia and one of the world’s oldest continuously-inhabited cities. Situated along the Hrazdan River, Yerevan is the administrative, cultural, and industrial center of the country. It has been the capital since 1918, the thirteenth in the history of Armenia.

Yerevan is the capital and largest city of Armenia and one of the world’s oldest continuously-inhabited cities. Situated along the Hrazdan River, Yerevan is the administrative, cultural, and industrial center of the country. It has been the capital since 1918, the thirteenth in the history of Armenia.

Yerevan was named the 2012 World Book Capital by UNESCO.

The walls of Erebuni Fortress, built by King Argishti I in 782 BC

One theory regarding the origin of Yerevan’s name is the city was named after the Armenian king, Yervand IV (the Last), the last leader of the Orontid Dynasty, and founder of the city of Yervandashat. However, it is likely that the city’s name is derived from the Urartian military fortress of Erebuni, which was founded on the territory of modern-day Yerevan in 782 BC by Argishti I. As elements of the Urartian language blended with that of the Armenian one, the name eventually evolved into Yerevan (Erebuni = Erevani = Erevan = Yerevan). Scholar Margarit Israelyan notes these changes when comparing inscriptions found on two cuneiform tablets at Erebuni

Early Christian Armenian chroniclers attributed the origin of the name, “Yerevan,” to a derivation from an expression exclaimed by Noah, in Armenian. While looking in the direction of Yerevan, after the ark had landed on Mount Ararat and the flood waters had receded, Noah is believed to have exclaimed, “Yerevats!” (“it appeared!”).

Yerevan is home to dozens of museums, art galleries, and libraries. The most prominent of these are the National Gallery of Armenia, the History Museum of Armenia, the Cafesjian Museum of Art, the Matenadaran library of ancient manuscripts, and the Armenian Genocide museum. Others include the Modern Art Museum, the Children’s Picture Gallery, and the Martiros Saryan Museum. Moreover, many private galleries are in operation, with many more opening every year, featuring rotating exhibitions and sales.

Constructed in 1921, the National Gallery of Armenia is Yerevan principal museum. It is integrated with the Armenia’s History Museum of Armenia. In addition to having a permanent exposition of works of painters such as Aivazovsky, Kandinsky, Chagall, Theodore Rousseau, Monticelli or Eugene Boudin. The Armenian Genocide museum is found at the foot of Tsitsernakaberd memorial and features numerous eyewitness accounts, texts and photographs from the time. It comprises a Memorial stone made of three parts, the latter of which is dedicated to the intellectual and political figures who, as the museum’s site says, “raised their protest against the Genocide committed against the Armenians by the Turks.

The Matenadaran is a library-museum regrouping 17,000 ancient manuscripts and several bibles from the Middle Ages. Its archives hold a rich collection of valuable ancient Armenian, Greek, Assyrian, Hebrew, Roman and Persian manuscripts. It is located in the center of the city on Mesrop Mashdots avenue.

Next to the Hrazdan river, the Sergey Parajanov Museum that was completely renovated in 2002, has 250 works, documents and photos of the Armenian filmmaker and painter. Yerevan has several other museums like the museum of the Middle-East and the Museum of Yerevan.

The city is home to many cinema halls; among them the famous Moskva cinema. Most of the world’s hit movies are available to watch there. Since 2004, every year Moskva hosts the Golden Apricot international film festival.

Numerous theatres and halls allow the audience to enjoy a multitude of various shows and performances, such as the modern Complex named after Karen Demirchyan. Other significant theatres include: Yerevan State Musical Comedy Theatre named after Hagop Baronian, Russian Drama Theatre named after Constantin Stanislavski, etc.

Tourism in Armenia is developing year by year and the capital city of Yerevan is one of the major tourist destinations. The city has a majority of luxury hotels, modern restaurants, bars, pubs and nightclubs. Zvartnots airport has also conducted renovation projects with the growing number of tourists visiting the country. Numerous places in Yerevan are attractive for tourists, such as the dancing fountains of the Republic Square, the State Opera House, the Cascade complex, the ruins of the Urartian city of Erebuni (Arin Berd), the historical site of Karmir Blur (Teishebaini), etc. The Armenia Marriott Hotel is situated in the heart of the city at Republic Square, while other major chains are also present in downtown Yerevan, such as the Golden Tulip Yerevan Hotel and the Best Western Congress Hotel.

The location of Yerevan itself, inspires foreigners to visit the city in order to enjoy the view of the biblical mount of Ararat, as the city lies on the feet of the mountain forming the shape of a Roman amphitheatre.

Yerevan has an extensive nightlife scene with a variety of night clubs, live venues, street cafes, jazz cafes, tea houses, casinos, pubs, karaoke clubs and restaurants. Many cafés and restaurants stay open into the late hours as the warm summer evenings bring tourists to the relaxing cafes. The swan lake next to the Opera House, is one of the major night-life areas with hundreds of open top and indoor cafés to choose from. The city prides itself on having connections 24/7 as taxis are available at any time of the day or night. 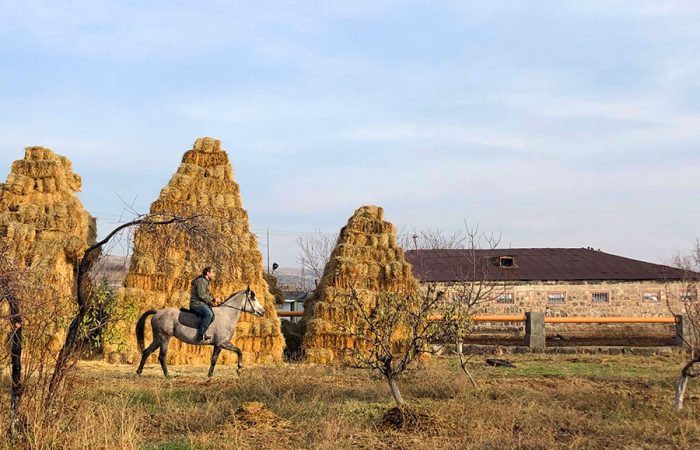 6 Days With Hotel
From$490
No Reviews
View Details 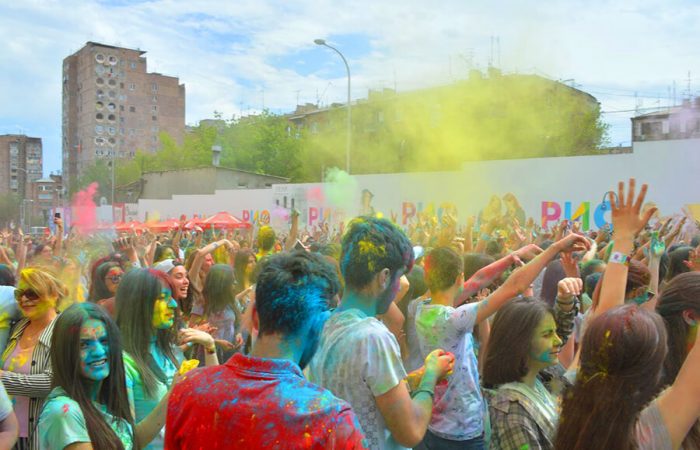 5 Days With Hotel
From$345
No Reviews
View Details 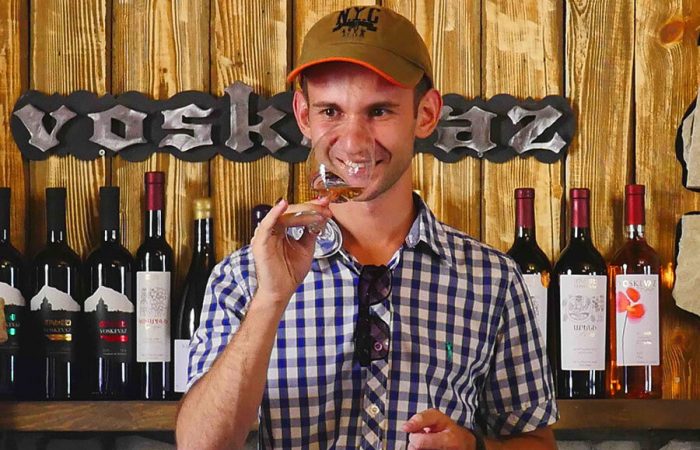